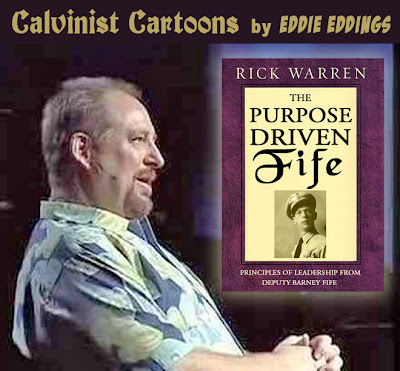 What if Rick Warren had written THIS book instead of the other? Would Obama have asked Warren to give the invocation at the presidential inauguration in January 2009? Would John Piper have invited him to be a keynote speaker for the Desiring God Conference 2010? Would Rick have met Larry King? What do YOU think?
Posted by Eddie Eddings at 12:01 AM
Email ThisBlogThis!Share to TwitterShare to FacebookShare to Pinterest
Labels: Barney Fife, book, purpose, Rick Warren, What If