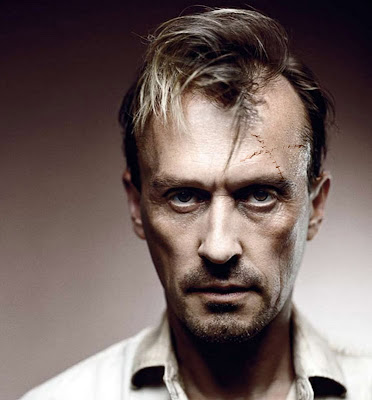 Rocco Yeast
Founder of "The C.U.L.T."
Rocco made his first million dollars before turning twenty. Then served the next six years in the slammer for counterfeiting. As he stayed in prison, Rocco became more like Boaz before he met Ruth . In other words, he was ruthless. He yelled several mean things at a guard, threw a harmonica at the warden and even slapped a fellow prisoner named Coddington Borax. Once he spit in the pancake batter during breakfast.
In the summer of 2001, while in solitary confinement, he started a cult of one. CULT being an acronym for Criminals Utterly Ludicrous Theology. He made up his own rules, and fasted only when sleeping. He taught himself pig latin and spoke in that language for the rest of his life. He wrote his own bible on the walls of his cell and claimed they were inspired by the ghosts of Baby Face Nelson and Machine Gun Kelly.
He escaped the Montego Bay prison in 2003 and started a church, "The Cult", at a Bed, Bath and Beyond warehouse in Walla Walla under the name, Reverend Nelson Kelly. Although he baptised eight "converts" in one day, he never let them join his one-man cult. Instead, he would rob them at gun point and tell them it was their "offering".
Police arrived at the Bed, Bath and Beyond one day after being tipped off by a Mr. Goodwrench. The only thing they found was Rocco's body, still smokin' from some kind of freak electrical charge. Rocco Yeast is buried in the You Can't Escape THIS Prison Cemetery in Pinkerton, Montana.
His epitath on his tombstone reads:
Here lies Rocco Yeast
Pardon me for not rising.
Bob Dylan once sang a song about Rocco that was never written down, performed or recorded.
Posted by Eddie Eddings at 3:16 AM
Email ThisBlogThis!Share to TwitterShare to FacebookShare to Pinterest
Labels: Bob Dylan, crime, cult, cult leaders, cults, prison