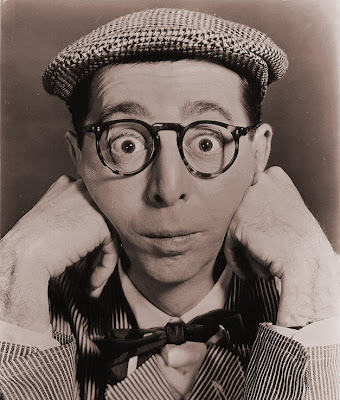 Spencer T. Laveen
"The Church of the Holy Mackerel" started after an unusual dream where an Angelfish told Mr. Laveen his mission in life was to start a new religion. The Angelfish said he should start recruiting members immediately. He awoke and found an empty bottle of Cod Liver Oil beside him. He took this as confirmation that his dream was real and started calling people randomly from the phonebook. After he gathered a dozen followers, and annointed them with fish oil, he sent them out to collect money for a church building. (Most of the money collected was from Christians who never questioned the doctrine. They just heard "church" and donated their cash.)
The church (pictured below) was built in two weeks. 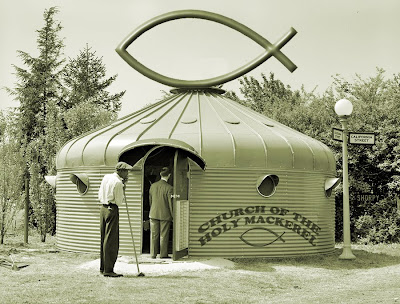 Mr. Laveen preached every morning and evening for two years. He had a local TV show, "Being Pacific", where he touted his toxic doctrines. Here are a few of his teachings:
Spencer T. Laveen was hit by a lightning bolt while fixing a flat on his Plymouth Barracuda in 2002.
The church disbanded and became extras in the 2003 Australian film, "Swimming Upstream" directed by Russell Mulcahy.
Posted by Eddie Eddings at 3:16 AM
Email ThisBlogThis!Share to TwitterShare to FacebookShare to Pinterest
Labels: cult, cult leaders, cults