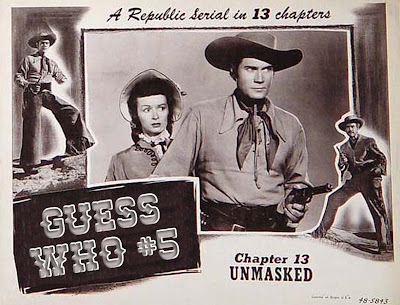 Okay Buckaroos, this time there are TWO identities to guess. And I have difficult clues for both. The female was hired by Bing Crosby to sing at the Turf Club and the male was circus acrobat by age 8 and later appeared at the Century of Progress exposition in Chicago with a trapeze act. Both are well known as other characters from TV's past.
Who are they? What does this have to do with Calvinism you ask? Well, pardon me for being human! The way I look at it, EVERYTHING has to do with Calvinism, in some form or fashion. Thank you.
Posted by Eddie Eddings at 12:01 AM
Email ThisBlogThis!Share to TwitterShare to FacebookShare to Pinterest
Labels: clue, contest, guess who, identity