Real Records You May Have Missed #29 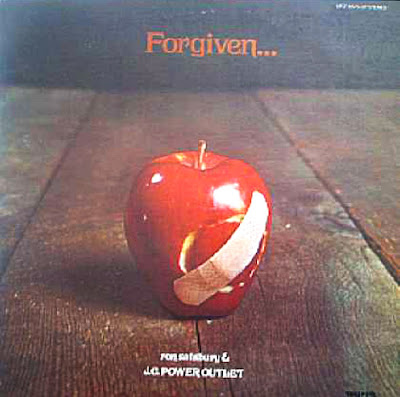 Okay, first of all, I had this album, though I can't remember if I liked the music or not. At the time I thought the cover was fantastic. Now, I don't agree with the message it conveys. The over-used icon of the fall being patched up with a band-aid is really not the message we want to preach.
Not that my opinion here is worth two cents - I realize in the early days of contemporary Christian music almost everything that spoke of God and His Word was acceptable to young Christians. After all, we now had our own kind of music!
During the first few months of my Christian life, I wore a crucifix and told people I was part Baptist, part Methodist, part Mormon, part Jehovahs Witness. I thought these were denominations! Thank the Lord He used his people to correct my foolish ways soon after. You would be amazed how many Christians didn't even attempt to instruct me in the truth. Any thoughts on the matter?
Posted by Eddie Eddings at 7:31 AM
Email ThisBlogThis!Share to TwitterShare to FacebookShare to Pinterest
Labels: album, CD, record