Secret of the High Five

According to Wikipedia the high five is a celebratory hand gesture that occurs when two people simultaneously raise one hand, about head high, and push, slide or slap the flat of their palm and hand against the palm and flat hand of their partner. The gesture is often preceded verbally by the phrase "Give me five" or "High five".

Unknown to most of the world, is the fact that John Calvin created this "signal" to secretly confirm the belief in the five points of Calvinism in the public square. Below is a painting of John Calvin high-five-ing William Farel, who is just outside the painting. 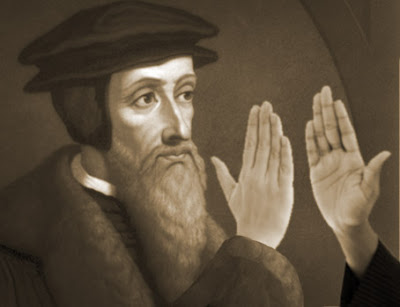 Arminians use this gesture without knowing the significance behind it.
Below is a photo of two Arminians after a successful snake-handling service. 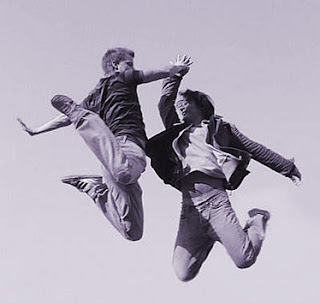 "High five" was also used by Jonathan Edwards, A.W. Pink and Corky Velveeta.
So next time someone says, "Gimme five"...explain the origin and be on your way.
Posted by Eddie Eddings at 12:05 AM
Email ThisBlogThis!Share to TwitterShare to FacebookShare to Pinterest
Labels: AARP, Arminian, Calvin, five points, high five, John Calvin, Jonathan Edwards, Pink, William Farel