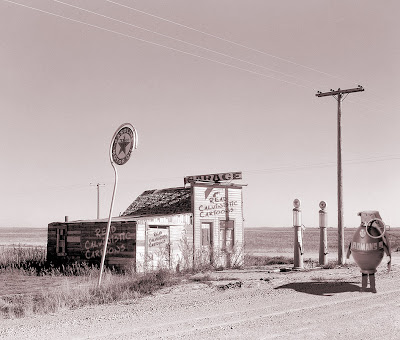 After ejecting from an Army jet over Nevada, Corky finds himself on an old abandoned highway. Corky lost his GPS in the fall and plans on hitch hiking his way to Las Vegas. In his text message, he stated that he was informed, by an albino librarian, of a plot to bump him off in the near future. Be careful, Corky Velveeta! It's a dangerous world out there!
Posted by Eddie Eddings at 7:36 AM
Email ThisBlogThis!Share to TwitterShare to FacebookShare to Pinterest
Labels: army, corky, gas station, GPS, highway, jet