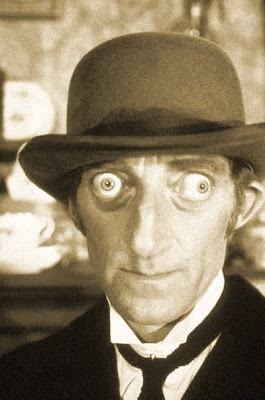 Kevin the Prophet
Kevin Moonbeam Davis, otherwise known as Kevin the Prophet, started preached his odd doctrine of santification in 1936 at the world's first washeteria. 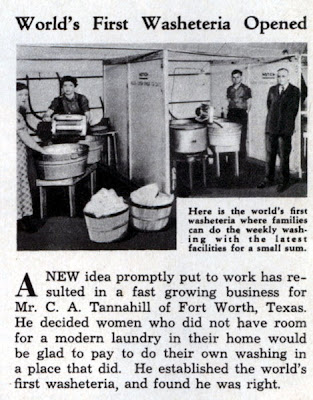 His belief that sinners should be "cleaned by a washing machine" and his vision of the future where the earth's inhabitants will be nothing but floating brains, gave the cult it's name, "The Brain Washers".
Kevin also taught that hiccups were a sign of demon possession and the only way to exoricise the demonic spirit was to stop, drop and roll.
The Brain Washers were known for going door to door, in pairs, and handing out bars of lye soap shaped like tiny brains. Once invited inside the home, they would pretend to drop dead and come back to life.
"Clean the unseen to maintain the brain" was their mantra.
Kevin claimed to have been raised by wolves and would eat dog food for breakfast on special occasions.
"Wolves are very clean animals", he would say to reporters, "they always kept their caves tidy and neat. And when we traveled, we always used anti-bacterial soap to wash our paws before chowin' down on a deer or armadillo."
"When I saw my first washing machine, I heard the voice of an angel tell me to stick my head in and wash away all my troubles. I was never the same after that. I knew my mission in life. It was filled with suds. Suds of cleansing. Suds of power. Suds of love."
Kevin the Prophet was struck by lightning one night as he was laundering money in a washeteria near San Jose.
All of his followers blended into the Emerging Church movement and were never seen again.
Posted by Eddie Eddings at 4:57 AM
Email ThisBlogThis!Share to TwitterShare to FacebookShare to Pinterest
Labels: angel, cult, cult leaders, cults, emerging church