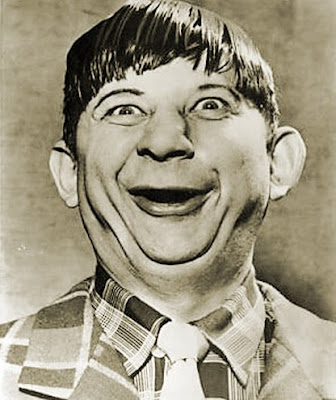 Eucalyptus Jones
Eucalyptus Jones, the uber-charismatic leader of the cult, Smorgasbordianism, was born in a Lincoln Log Cabin in Tinseltown, Tennessee in 1945. He rose to prominence when he was baptized in the Tinseltown River. Seems he decided not to surface and swam a quarter of a mile under water. The Church body that met there thought he had disappeared.
Jones, wet and cold, found a cave containing a skeleton, a journal and a box of crackers. Eucalyptus saw this as a sign to proclaim himself "The Angel of Smorgasbordianism". His doctrine was an anything and everything doctrinal buffet that also included broccoli with melted cheese.
He started his "church" in the basement the Alamo in San Antonio, Texas. He quickly amassed seven loyal followers who claimed that Jones could not die. Within three years, Smorgasbordianism had grown into a congregation of eight and moved their "church" to the North Pole where they were never seen until April of 2002. Their frozen bodies were found forming the word, "WHY" on the icy tundra. Upon further investigation and DNA testing, scientists discovered that Eucalyptus Jones had been hit by lightning an hour before the formation.
Eucalyptus Jones was buried, at his cousin's request, in a cement coffin shaped like a ukulele.

Posted by Eddie Eddings at 8:22 AM
Email ThisBlogThis!Share to TwitterShare to FacebookShare to Pinterest
Labels: cult leaders, cults