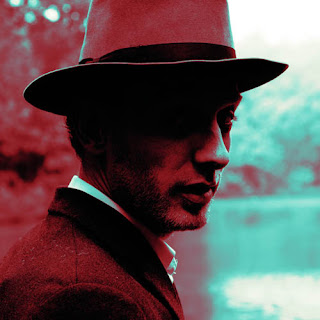 On May 24th, 1961, one of the few years you could turn upside down and it read the same, Robert Jeweller preached a sermon he reworked by Jonathan Edwards. “Sinners in the Hands of an Angry God". Jeweller thought Edwards sermon was too harsh, so he radically modified it and called it, "Seekers Who Lack Self-Esteem in the Hands of a Full-Esteem Ahead God."
The most memorable part of the Edwards sermon was the analogy of the spider:
The God that holds you over the pit of hell, much as one holds a spider, or some loathsome insect over the fire, abhors you, and is dreadfully provoked: his wrath towards you burns like fire; he looks upon you as worthy of nothing else, but to be cast into the fire; he is of purer eyes than to bear to have you in his sight; you are ten thousand times more abominable in his eyes, than the most hateful venomous serpent is in ours. You have offended him infinitely more than ever a stubborn rebel did his prince; and yet it is nothing but his hand that holds you from falling into the fire every moment. It is to be ascribed to nothing else, that you did not go to hell the last night; that you were suffered to awake again in this world, after you closed your eyes to sleep. And there is no other reason to be given, why you have not dropped into hell since you arose in the morning, but that God's hand has held you up. There is no other reason to be given why you have not gone to hell, since you have sat here in the house of God, provoking his pure eyes by your sinful wicked manner of attending his solemn worship. Yea, there is nothing else that is to be given as a reason why you do not this very moment drop down into hell.
Robert Jeweller changed his sermon to this:
Somewhere in the forest a butterfly was beautifying a rose by posing atop it's petals. Her wings flapping to an unheard tune the trees seemed to be swaying to. A bee was humming to the melody of nature's symphony as he dipped inside a wonderfully painted forest flower that seemed delighted to have such a distinguished visitor. Bluebirds were singing, crickets chirping and a possum was laughing in the gentle breeze. Heaven seemed to be saying, "You're the most important creature in the woodlands...yes, you...and you...and you with the compound eyes." A man could be seen in the distance hugging a tree, then a cactus. The world started a song of joy and a doddle bug was rolling down the hillside, hoping for insect manna from above. "Everything is going to turn out okay for everyone", said the hummingbird to the dove. The clouds looked like purple cotton candy swirling in the dark blue sky. A storm was approaching. A storm of love.
Robert Jeweller was arrested later that day for jaywalking.
Posted by Eddie Eddings at 3:44 PM
Email ThisBlogThis!Share to TwitterShare to FacebookShare to Pinterest
Labels: butterfly, Edwards, fire, forest, sermon, sinners, spider