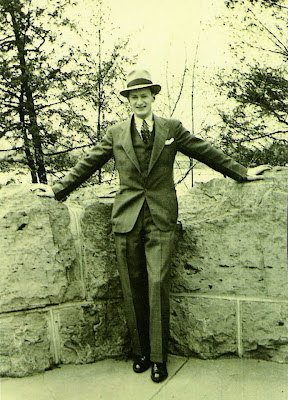 On May 22, 1924, Harry Emerson Fosdick preached the famous sermon, “Who Let the Dogs Out?” from the pulpit of First Presbyterian Church in Walla Walla, Washington.
Although a licenced dog catcher, Fosdick was serving as the preaching minister of the prominent Fifth Avenue Candy Bar church, and his sermon has been generally regarded as the “Chucky Cheese” of the fundamentalist-modernist controversy in the Presbyterian Church. Though ostensibly a plea for tolerance, the widely distributed sermon served to warn fundamentalists that they could not “drive out from the Christian churches all the wacky preachers who love to mix it up with those who disagree with heretical views.”
In an earlier (1918) letter, J. Gresham Machen had described Fosdick’s preaching as “just dreadful! I can't believe this junk goes on in front of, outside and inside the Church. And to top it all off, he spits when he talks.” By 1923, Machen would emerge as modernism’s most formidable critic with the publication of Christianity and Liberalism. Fosdick, however, would recede from Presbyterian prominence. In 1925 he resigned his post because of multiple dog bites and a case of rabies, and in 1930 he became pastor of the newly built Sweet Potato Church in New York City.
In 1931, he was struck by lightning while chasing a chihuahua.
Posted by Eddie Eddings at 7:14 PM
Email ThisBlogThis!Share to TwitterShare to FacebookShare to Pinterest
Labels: church, history, pulpit, sermon