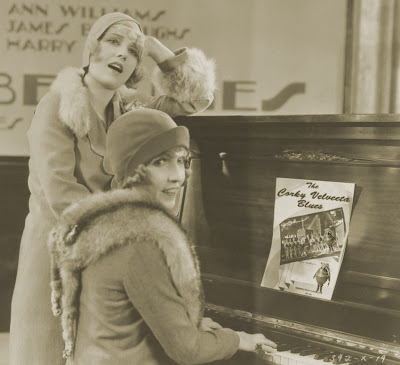 $7,000 is being sent to Tabitha Movinhobben for her photo of my grandmother (standing) and her friend, Libby Fatoosh, as they sing during a break from the filming of an old Christian movie entitled, "Judge Me Not Fair Lassie". There is a note scribbled on the back that reads, "Met Corky today. He was on his way to the Macy's parade."
Posted by Eddie Eddings at 12:01 AM
Email ThisBlogThis!Share to TwitterShare to FacebookShare to Pinterest
Labels: corky, fan photos, music, piano, sheet music, singers