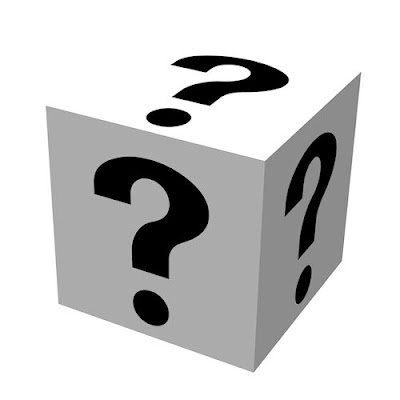 These trivia bits are all from the first year of Calvinistic Cartoons. I hope you find a chuckle or two among the sometimes astonishing information.

It was neither Shemp, nor Curly, that was the original member of The Three Stooges - - - In a rare 1929 film, Ted Healey's original Three Stooges were Moe Howard, Larry Fine, and Norman Vincent Peale.Masi Oka, ("Hiro Nakamura" from Heroes) was born with three arms. The special effects man, Klaatu Waterhoser, has to "screen out" the extra arm for the TV series. Masi has never gone to a Benny Hinn Tent Revival and Healing Kneeling Meeting, nor does he ever plan to.
It has already been stated that our shortest fan at Calvinistic Cartoons is Todd Wilkins at 3 feet, 11 inches. But did you know, the tallest Calvinistic Cartoons member is Vern Dailey, who measures in at a whopping 9 feet, 3.5 inches?
Mensa member, Marilyn Hickey, of television fame, helped to invent the RQ-1 Predator, a medium-altitude, long-endurance unmanned aerial vehicle system.Enya the Irish singer and songwriter, who is Ireland's best-selling solo artist and is officially the country's second biggest musical export (second only to U2) was married to Edward Bullion Montgomery Face yesterday in a beautiful ceremony atop the slanted roof of the Crystal Cathedral. She will now be known as Enya Face.Scientists used to believe that no two snowflakes were identical...now they have discovered a treasure chest in Greenland that was full of identical snowflakes. Unfortunately, the snowflakes melted when taken into the laboratory...you'll just have to take my word for it.

Everyone in the Middle Ages believed -- as Aristotle had -- that the planet Krypton would explode eventually.In the first season of CSI Hogwaller, in the background of one of the scenes, you can see the star, Fritz Montgomery, reading The Mantra of Jabez.


McFarlane Toys, makers of the Benny Hinn healing action figure, announced last night that the earth will end in 2020.Prairie dogs are not dogs...nor are they prairies.Aunt Jemima pancake flour, invented in 1889, originally had the Westminster Confession of Faith printed on the box.In the television show, LOST, the airline that flew the ill-fated flight is called "Oceanic", that same plane has been used before in films such as Wings (1927) and Flying Tigers (1942) and in many other made-for-TV movies such as Lonesome Dove, Return to the Ponderosa, and Davy Crockett.A little bit of etiquitte for all you who like to entertain guests...the centerpiece for the dining table should never be anything prepared by a taxidermist.The most popular first and last name in the world is Winky Pratney!

One of the lead roles for the movie "The Bucket List" originally was offered to George Beverly Shea.Rome wasn't built in a day, although the contractor told them it would be.In an Egyptian tomb, archeologists have discovered figures that look amazingly like the Old Fashioned Revival Quartet.Buck Owens and Wayne Grudem were freshman roommates at Harvard.No death-row inmate has ever asked for an Egg McMuffin and a Banana Smoothie as his last meal.Charles Hodge was an avid hunter. On one safari, he bagged 16 avids.In addition to Post Offices and Immigration Offices, you can renew a passport at Burger King.Cleveland, spelled backwards, is DNA Level C...which was the level of DNA in A. H. Strong's dog, Misty.Steven Lawson once believed that ants didn't sleep. Then, one summer day, he stumbled over several ant beds in his backyard.

Einstein taught that space and time are the same thing. He discovered this when he kept showing up three miles late for meetings.At the height of "Star Wars" mania, John Piper would shop for groceries in a Chewbacca costume.One-third of explorers who've visited both the North and South Poles developed bipolar disorder.Goldfish are neither gold nor fish.Alan Shepard was the only astronaut to leave his wallet on the moon.Due to a calendar mix-up, there were two years in a row identified as "1963".Until 1970, the IRS taxed Monopoly winnings.On April 19th, 2012, the sun will pass between the moon and the earth.On April 21st, 2012, Phil Johnson will pass between the moon and the earth

Other than man, the elk is the only animal that celebrates birthdays.

The most frequently used word by evangelicals in the English language is "biscuit."

Gary Busey, the actor who has won more Academy Awards than any other, will play John Owen in an off-Broadway play next summer entitled, "Well, I'll be Mortified!"

Every Tuesday has been sloppy joe night at the White House for the last 200 years.

Francis Schaeffer is the only theologian to have walked on the moon.

Thomas Watson is thought to be the first to use the phrase "a bad case of the Mondays".

Rhode Island is the only state without an active volcano.

B.B. Warfield died from injuries received from riding a mechanical bull.On April 14th 1968, Loraine Boettner, at 101 years old, pulled a barge with his teeth as he swam the Mississippi River.By law, all globes in Australia are displayed upside down.Most of the delegates at the United Nations, in the summer of 1960, were killed by lawn darts.Several old photos of Charles Finney wearing "bling" were found in a secret panel at the Moody Bible Institute yesterday. One photo shows Minnie Finney and Charles playing an old version of "Battleship".Augustine's face was badly scarred from dodgeball.The very first game on record in U.S. history was Hungry Hungry Hippo played in the streets of Jamestown, Virginia, in 1611.

Tuesday didn't exist on calendars until 1923.If you notify the flight attendant that it's your birthday, most airlines will let you exit the plane on the inflatable slide.Christopher Columbus actually had four ships: Nina, Pinta, Santa Maria and "The R.C. Sproul".Actor Keanu Reeves actually served as the governor of Idaho for a month while filming "The Matrix". He will be starring in, "The Forgotten Spurgeon", where he will be playing both Charles and his son, Thomas.Hamsters are referred to as "Beefsters" by Muslims around the world.Before Christ was born, the Christmas Islands were known as "Hanukkah Islands".Washington, Jefferson, Lincoln, and Teddy Roosevelt are the four US presidents whose faces are carved on Mt. Rushmore…but plans are, by 2019, to include A.W. Pink.

Posted by Eddie Eddings at 6:52 AM
Email ThisBlogThis!Share to TwitterShare to FacebookShare to Pinterest
Labels: archives, facts, information, trivia