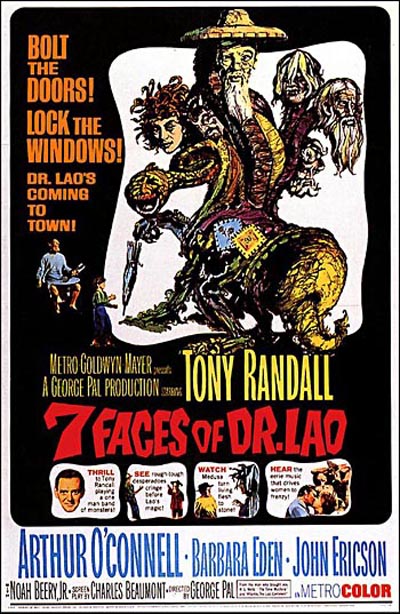 The screenplay was written by Charles Beaumont. It was based on the novel, "The Circus of Dr. Lao" by Charles G. Finney (December 1, 1905 – April 16, 1984) an American fantasy novelist and newspaperman. His full name was Charles Grandison Finney, evidently after his great-grandfather, the evangelist Charles Grandison Finney. His first novel and most famous work, The Circus of Dr. Lao won one of the inaugural National Book Awards: the Most Original Book of 1935.
Posted by Eddie Eddings at 5:03 AM
Email ThisBlogThis!Share to TwitterShare to FacebookShare to Pinterest
Labels: Arminian, Charles Finney, evangelist, movie, movie poster, novel, screenplay, writer