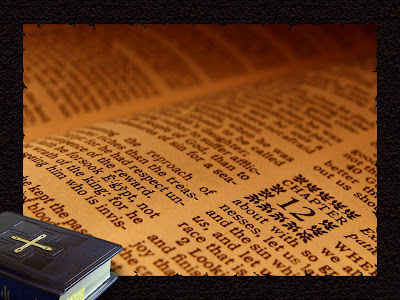 1. Jonathan Edwards had to be taught to walk by his own mother and father!

2. Science has proven that Charles Haddon Spurgeon, the great preacher of the 19th century, would have been a full-blooded Spainiard had both of his parents been of Spanish parentage.

3. William Carey, the father of missions, suffered with a fever at various times in his life.

4. Once R.C. Sproul struck his own finger with a hammer!

5. John MacArthur has been known to blow his nose in a public setting.

6. A.W. Pink, the prolific author and profound teacher of the Doctrines of Grace, in his earlier years, would cry when he was in discomfort or didn't get his way!

7. Augustine, without explanation, would sometimes gaze at the moon for what seemed to be a full minute!

8. Michael Scott Horton used to celebrate Halloween by going door to door in disguise and collecting bags of candy for himself.

9. Although the police never found out, D. Martyn Lloyd-Jones had a reputation for burning "Midnight Oil".

10. B.B. Warfield caused his mother much pain before and during childbirth!
Why not encourage the leaders in your church today with a phone call or e mail. Let them know you appreciate them. Then send them a link to Calvinistic Cartoons. They will either thank you or never speak to you again.
Posted by Eddie Eddings at 9:09 AM
Email ThisBlogThis!Share to TwitterShare to FacebookShare to Pinterest
Labels: christians, facts, leaders, strange