The Journal of Cotton Adams #25 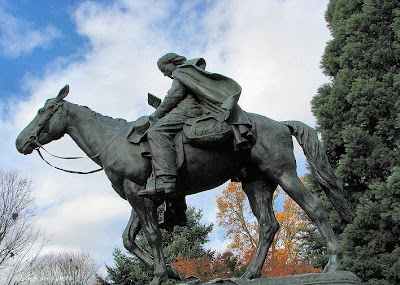 Upon arriving in the very clean town of Palmolive, I witnessed a crowd gathered around a man who was secured in a pillory on display in the center of the town square. A pillory is a device consisting of a wooden board with holes for the head and hands, in which petty offenders are locked and exposed to public scorn.
I dismounted my horse and approached the jeering crowd to inquired about the identity of this most unfortunate fellow.
"His name is Doctor Al Beefine. He is our town physician," said a man who clearly had just eaten a huge portion of liver and onions. Breathing only through my mouth, I asked as to what criminal act was committed.
"Well, he is also the town drunk. Last night, he broke into out library and removed the appendix from every book that had one. Yeah, he's a regular cut-up all right. And like most doctors, he never treats anyone well. He dumped some pills into our water tower on one of his drunken binges, and everyone slept for two whole days!"
"How long will he be locked in the pillory?" I asked, not allowing any air to pass through my nostrils.
"We're drying him out. We will allow him release in another ten minutes. Some of us have appointments with him this afternoon. Remember this young fella, no matter how long a doctor has been treating folk, he is always still practicing. This man will treat you and then make you pay for it! That's a joke, son. Thought it up myself just seconds ago. Besides, if he loses his patients, he will get mad!"
I thought to myself that my hay fever could wait to be treated in the next town. It, after all, was much atchoo about nothing.
Posted by Eddie Eddings at 9:40 PM
Email ThisBlogThis!Share to TwitterShare to FacebookShare to Pinterest
Labels: cotton adams, doctor, pillory, town