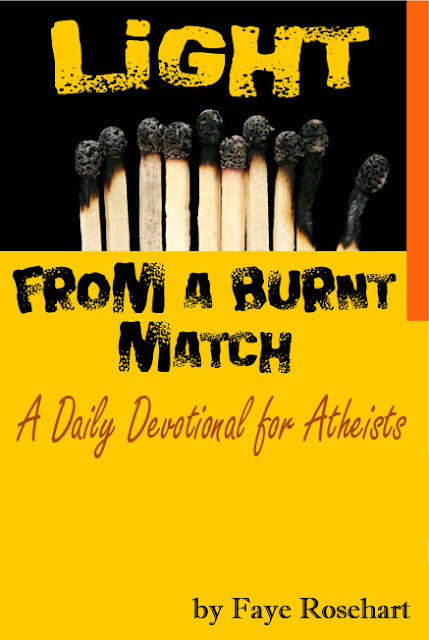 The following entry is from page 263:
My husband Link and I had prepared to backpack into the Grand Canyon for a solid year before our trip. But most of that conditioning had been with only partially filled packs and on flatter surfaces than we would encounter on the canyon trails.
On our second day of the real hike, on the Tonto Platform between the Hermit trail and the more primitive trail at Boucher Creek, we were already very tired. A couple of hours of walking didn't quite match up to eight hours a day of hard hiking.
We were plodding along the trail on the Tonto, a little after noon on the second day of the trip, when suddenly a huge brown bear leaped on Link and killed him within seconds.
I yelled at the bear and it came running towards me with an obvious intent on killing me too! I spun around and lit my flame thrower with my cigarette lighter sending a stream of fire into the bears face! The bear let out a howl and ran into the woods still in flames. I tracked the bear down and finished it off with my 45's.
I can remember my husband and I talking about the "survival of the fittest". Now he is an illustration of the losing end of that equation.
I married again a week later to some guy I met in a bar.
Ironic, isn't it? A bear took one husband...at a bar I found another. And his name is Davy Crockett, just like the historic figure who killed him a "bar" when he was only three.
We divorced a week and a half later.
Just like evolutionists and monkeys are one big family, atheists and bears have a lot in common. It's kill or be killed in this bear-eat-man world we live in.
Kisses and bear hugs to all my readers.
Posted by Eddie Eddings at 12:30 AM
Email ThisBlogThis!Share to TwitterShare to FacebookShare to Pinterest
Labels: atheism, atheist, book, devotional, Faye Rosehart