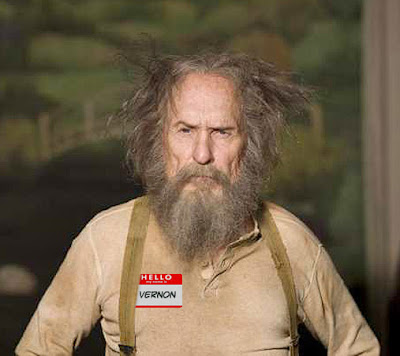 Not to be outdone by Matt Robertson, 76 year old, Vernon Fluffenutter,
the pastor of the Church of the Now Ready for End Time Prayers,
said his prophecies are 100% accurate or you can stone him
if they are not fulfilled by the year 2044!
The moon, one day when no one is looking, will spin on it's axis and turn upside down.
Richard Dawkins will be bitten by a monkey, a spider and a mongoose, all at the same time.
Aliens will land on the earth in the year 2044 and vacation in Orange county, Florida. The president of the U.S. will give them a key to the city of Fort Lauderdale.
Rick Warren will be the first pastor to have his own solar-driven limo.
A new Bible will hit the bookstores. It will be called, "The Holographic Big Brother Bible".
In the year 2044, the Mormons and Roman Catholics will merge. The new Mormon Catholics will have a pope who declares all Catholic Saints to be called, "Latter Day Saints".
Posted by Eddie Eddings at 10:17 AM
Email ThisBlogThis!Share to TwitterShare to FacebookShare to Pinterest
Labels: charismatic, future, predicts