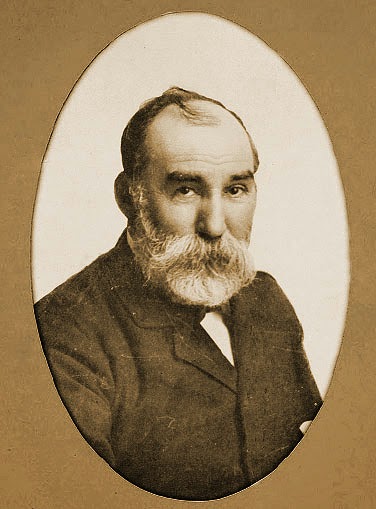 Whittle was named after American politician Daniel Webster. Whittle reached the rank of major in the American civil war, and for the rest of his life was known as Major Whittle. During the war, Whittle lost his right arm, and ended up in a prisoner of war camp. Recovering from his wounds in the hospital, he looked for something to read, and found a New Testament. Though its words resonated with him, he was still not ready to accept Christ. Shortly after, a hospital orderly woke him and said a dying prisoner wanted someone to pray with him. Whittle demurred, but the orderly said, But I thought you were a Christian; I have seen you reading your Bible. Whittle then agreed to go. He recorded what took place at the dying youth’s bed side:

I dropped on my knees and held the boy’s hand in mine. In a few broken words I confessed my sins and asked Christ to forgive me. I believed right there that He did forgive me. I then prayed earnestly for the boy. He became quiet and pressed my hand as I prayed and pleaded God’s promises. When I arose from my knees, he was dead. A look of peace had come over his troubled face, and I cannot but believe that God who used him to bring me to the Savior, used me to lead him to trust Christ’s precious blood and find pardon. I hope to meet him in heaven.

After the war, Whittle became treasurer of the Elgin Watch Company in Chicago, Illinois. In less than 10 years, though, he entered the evangelism field. During this period, he worked with musicians Phillip Bliss and James McGranahan. His daughterMay Moody also wrote music for some of his lyrics.

Of his decision to devote his life to the Gospel, Whittle said that, while at work, he…went into the vault and in the dead silence of the quietest of places I gave my life to my Heavenly Father to use as He would.

(Notice how Calvinistic the lyrics are to his most famous hymn:)

I KNOW WHOM I HAVE BELIEVED by Daniel W. Whittle