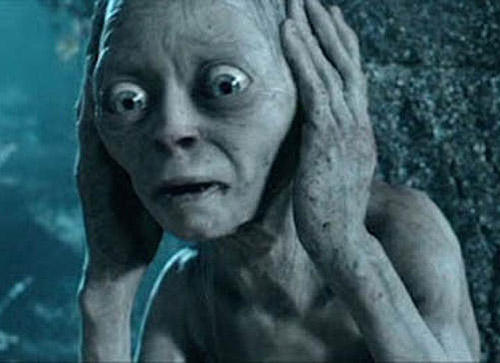 Christians and profanity: What does the Bible say?

by Hal Lane
“What’s the big deal about profanity?” It’s a question I sometimes hear from young people who consider profanity a normal part of modern communication. Indeed, some Christian leaders in supposedly “cutting-edge” ministries use profanity in their presentations in an attempt to relate to the street language many unsaved people use.
What is profanity? The word profane literally means “outside the temple.” The term originally identified people or things that were secular as opposed to religious. The proliferation of profanity in American culture indicates secularization and an attack on Christian values. Media ratings of movies, music and videos continue to use language as a criterion, but standards of censorship on public airwaves are clearly eroding.
Profanity is used for shock value in expressing anger and humor. The words often are associated with sexuality and filth. Names of the Deity are used to bring additional potency and irreverence to the expressions. It is worth noting in our politically correct culture that the blasphemous use of the names of God and Jesus Christ are not regarded as “hate speech.”
The Bible recognizes the power of words. God spoke His creation into existence, and the gift of speech is one aspect of man’s creation in the image of God (Gen. 2:19-20). In the revelation of God’s law, words as well as actions are assigned moral values. Lying, blasphemy, taking the Lord’s name in vain, and cursing are examples of sinful speech forbidden in the Mosaic Law.
The New Testament also commands believers to be pure in speech by controlling their tongues: “With it we bless our Lord and Father, and with it we curse men who are made in God’s likeness. Out of the same mouth come blessing and cursing. My brothers, these things should not be this way” (James 3:9-10). Christians should honor the purpose of speech by using our mouths to praise God and leading others to obey the Lord through faith in Jesus Christ. Every word we speak should be “gracious” and “seasoned with salt” (Col. 4:6). We should always ask, “What would Jesus say?”
Christians are called upon to live differently and to act differently than the world of unbelievers. I do not need to speak profanity to win a cursing unbeliever anymore than I need to drink alcohol to win an alcoholic. The words of Scripture have all the potency and power we need to reach the heart of the lost.
“May the words of my mouth and the meditation of my heart be acceptable to You, LORD, my rock and my Redeemer” (Psalm 19:14).
Hal Lane is pastor of West Side Baptist Church in Greenwood, South Carolina, and chairman of the trustees of the Ethics & Religious Liberty Commission.
Posted by Eddie Eddings at 5:41 AM
Email ThisBlogThis!Share to TwitterShare to FacebookShare to Pinterest
Labels: Bible, christians, profanity, witness