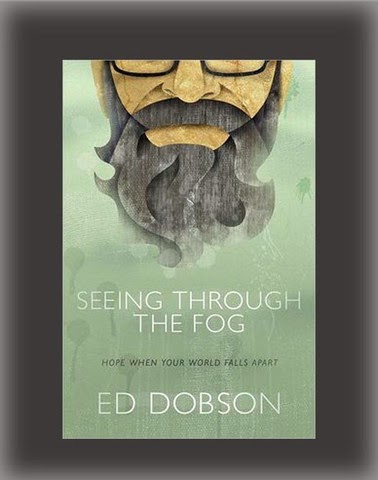 This book is written by a man dying of ALS (or commonly known as Lou Gehrig's Disease). In what may be his final publication, the author uses his own life experiences to share with readers how he is able to see through the fog of grief and despair, with the eyes of hope. Ed Donson loves being a pastor. He loves caring for people, praying with them, and simply being there for them. ALS changes all that as doctors estimate him having only about 3-5 years left to live. It is a terrible news from an unwanted diagnosis. This leads to a disappointing decision to quit the pastoral job he loves, and to sink into a time of despair and loss. It causes him to reflect upon the people he has previously ministered to, who were going through chronic illness and dying situations themselves. Now he has joined the ranks. ALS is one of the worst diseases to have. It is difficult to diagnose. It is incurable. It leads to slow decay and eventual death. Dobson seeks to see life from the eyes of Jesus, grabbing at any straws of hope he can get. Thanksgiving is particularly hard. Yet, he experiences profound understanding of the suffering of Jesus. He learns to connect with other ALS people like never before. After all, he can still do pastoral care with fellow ALS sufferers. Scripture reading becomes more intentional. Yet, feeling a loss of purpose haunts him constantly.
Dobson does three things to try to live like Jesus. Inspired by the hilarious book by AJ Jacobs, for a year, he tries to live like a Jew. Then, he tries to think like Jesus, using the gospels as a guide. Finally, he tries to obey the teachings of Christ as literally as possible. It becomes a huge blessing for him. His gratitude extends to every simple thing he is able to do. He struggles with the discussion and thoughts about healing. Why is heaven silent? If God so loves him, why is he not healed? Is there life after ALS?
Dobson makes a decision to seek forgiveness from people that he has offended in the past. From Bob Jones University to the Moral Majority movement; from Jerry Falwell to James Dobson, he puts relationship above the level of arguing whether something is right/wrong. The rest of the book covers his thoughts about worry, about healing, about God, heaven, and many more.
What makes this book special is how Ed Dobson lays out his final journey through intentional working out of his relationships with people. Any theologizing or reasoning out the philosophies of life, suffering, fairness, and death, are secondary. Relationships with people are primary. Instead of a question and answer format, Dobson relays his thoughts, his struggles, his questions, and his actions through the book, giving readers a glimpse of his inner life wanting to live meaningfully in his remaining years. Though the book is entitled "seeing through the fog," it is essentially a bold attempt to live meaningfully THROUGH the fog of life. What makes this book very warm and encouraging is Dobson's courage to do his best with whatever that is left. It reminds me of the parable of the shrewd manager, who learns about his master's impending return, seeking to build up relationships at the expense of discounting the monies owed to his master.
Sensitively written, this book will tug at the heart. ---reviewed by Dr. Conrade Yap

With Forward by Joni Eareckson Tada